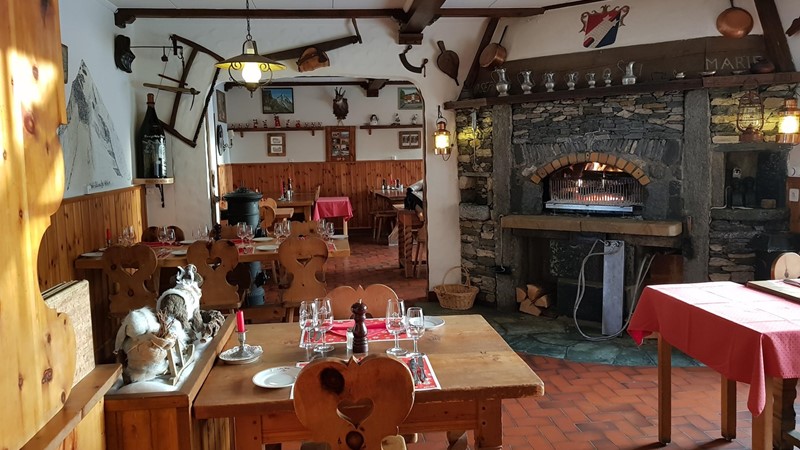 For those who know the Haut-Plateau region, there is no need to present either the site or the object as they both enjoy a good reputation.

For the others, it should be noted that Plans-Mayens has become, due to its unique location overlooking Crans and bordering the tracks of Cry d'Err, one of the most popular districts of Crans.

Its landscape is exceptional, its breathtaking view not to mention its very unique climate.

A beautiful setting for a mythical establishment: La Dent Blanche.

An emblematic Valais symbol, the Dent Blanche rises to some 4,357 metres almost as high as the Matterhorn, while being the pride of the municipality of Evolène.

An Evolènard and rather proud to be, Crettaz of his name, has thus named his café-restaurant-bed and breakfast which has very quickly turned into an essential address.

The building, built in 1972, has retained its character of yesteryear while being able to boast a superb address book.

It must be admitted that we feel better than good at Marie-Astrid and Pierre-Joseph Crettaz, the owners and current owners of the place, and that we gladly take our ease.

Perhaps because this passionate couple has preserved the authenticity of this magnificent property as only enthusiasts know how to do.

The latter is now constituted and among others a café-restaurant of 90 seats, 2 carnotzets of 50 places, 14 guest rooms with bathrooms, a superb terrace